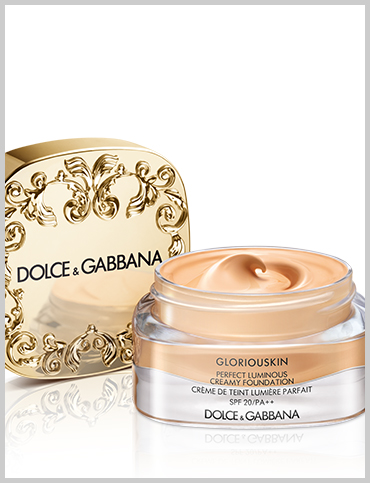 In class action news, a sunscreen brand called Blue Lizard is in hot water in California for claims that their products are ‘mineral based’. The problem here is that the sunscreens also use a ‘chemical’ active ingredient yet the packaging doesn’t reflect that fact in the view of the lawsuit, which asserts that there should be no ‘chemical’ component to something labelled ‘mineral based’. There’s a shift to what consumers consider to be more natural screens and seeing the words ‘mineral based’ would lead your average customer to assume that the active ingredients are entirely minerals and the product would be in line with their attempt to use mineral SPF. The brand uses the term mineral based when there is a mix of ‘chemical’ and mineral, and mineral when it is purely mineral so it’s going to come down to hair splitting definitions. There should be some  nervousness about the outcome of this – there are many brands doing exactly the same in focusing on a popular or trend ingredient and using their marketing power around that while downplaying other significant ingredients that don’t align with trends. Most consumers don’t check the INCI which all brands have to display and even if they did, might struggle to identify ingredients such as Octisalate.

Anyone fond of Soaper Duper will be disappointed to find that it’s impossible to get hold of due to ‘supply issues’. Covid has thrown up plenty of challenges for brands but it seems to have particularly affected Soaper Duper which was founded by Marcia Kilgore but is now Boots owned. Their holding message states that they’re unable to source products at an acceptable price so are on a ‘hiatus’ which will be for the ‘foreseeable future’. Ingredient sourcing issues, plus soaring freight and packaging costs are across the board, but it’s unusual for a brand to have so little margin flex that they’re not able to ride out a storm or two. Especially when it’s Boots owned.  I know that some BBB readers have found it in TKMaxx and I’ve also found it there myself which might suggest that product has been sold off in bulk – maybe it’s game over for this brand.

Sure deodorant (Unilever owned and known as Degree in the US) is trialling a diversity deodorant aimed at those with physical challenges. It’s very much about time that mobility and fine motor issues were tackled in the beauty and body care industries. Working with occupational therapists, engineers and end users, the prototype has a hook design for one-handed use, magnetic closures for the cap, braille instructions, better grip placement and a larger surface area for one-swipe application.

Thank goodness that at least one beauty ‘trend’ has been put to bed. Beiersdorf (Nivea) conducted studies on the ‘blue light’ effect on skin from the use of devices such as laptops and phones. Lockdown meant we were almost all on-line more so that gave way to skin brands to play on our fears and promote blue light shielding skin care. The science research team at Beiersdorf found that the effect on skin is entirely negligible. In fact, a whole week in front of a laptop gave no more blue light than one minute in the sun. Remember, though, that the sun gives off blue light so you still need protection. Head HERE for more information.

Given that almost every luxury fashion house that brings out cosmetics is a roaring success (more recently, Gucci, Hermes and Carolina Herrera) you have to wonder why it’s taken so long for Valentino to emerge with a collection. But the wait is almost over – it’s licenced to L’Oreal and we can expect 14 products arriving to Selfridges at the end of this month. Also, look out for Olivia Palermo’s new beauty brand coming soon.

British Airways are saying goodbye to their airport lounge Elemis Spas although will continue to sell Elemis in-flight. For the very brief amount of time that we held a BA frequent flier card and could gain access to the coveted lounges, we were so distracted by free crisps and constantly refreshed sandwich trays that we never moved from the food area. Besides, a common complaint was that the spas were always too busy and booking was difficult. Their statement makes it sound as though they’ll be looking for a new partner once travel is normalised again.

Things are really shaking up at Shiseido. Along with whispers that the group is thinking of off-loading Laura Mercier, bareMinerals (currently hard tracked down the skin care route when they’re so great at make-up) and Buxom (which is so rarely on my radar, I’d forgotten it exists), comes the news that a partial licensing termination with D&G is on the cards. Shiseido has both sold and manufactured D&G fragrance and make-up since 2016 but insiders say it is too costly in terms of marketing and cost structures to continue – D&G sales are down 28% which is a bigger fall than other Shiseido brands.

Remember L’Oreal vs Olaplex? A quick recap since this has been on-going since 2016 – Olaplex decided to sue L’Oreal for patent infringement over the L’Oreal equivalent, Smart Bond. At one stage, L’Oreal was poised to buy Olaplex and during those talks ‘trade secrets’ were passed in good faith. L’Oreal passed on the purchase, coming out, some time later with Smart Bond. Olaplex objected (obviously) and took them to court for infringement. It was found in a UK court that all but one of the patents had not been infringed. However, to-ing and fro-ing, NDA breaches and rule overturning carries on, most recently in US courts where it looks like L’Oreal may not have to pay damages to Olaplex. After a US judge informed L’Oreal there would be no new trial to avoid paying damages to Olaplex ($50m give or take), an appeal court decided that it could not be proven that trade secrets were misappropriated or that confidential information had been shared because none of the secrets were proven to be ‘trade’ secrets. I do not see how this can be over yet.

If you’re thinking of ordering a new bottle of your favourite Jo Malone fragrance, you can now book Uber Eats to collect and deliver within a matter of moments. Origins also has a similar arrangement so ditto for a mask emergency. I love this idea, mainly because I live in London (it’s a useless service unless you have a branch near-ish) and I’m thinking this will help me out of many a forgotten birthday situation. Any situation that requires a fast gift, actually. ELC’s fortunes are on the turn – they’ve reported strong sales of late, citing Lauder, La Mer and Clinique as strong in skin care, Jo Malone London, Clinique, Le Labo, Kilian Paris and Frederic Malle contributing to stronger results in fragrance. There’s no mention of make-up other than to say that lip and foundation categories fared worst, sales wise.

Back at the courts, CHANEL and Huawei have locked horns over logo infringement with CHANEL claiming Huawei’s interlocking logo used for hardware is too similar to their own interlocking logo. You be the judge, but CHANEL did not win this one and to my knowledge, no customer has gone to CHANEL and wondered if they were in a Huawei hardware store. Speaking of CHANEL, the brand has just off-loaded its stake in Ulta stores which it held for 14 years. It’s given a return of 1700% in that time.

Brand to Watch: Real Skin Club (HERE). Founded by Lex Gillies (some of you might know her as @talontedlex), who I’ve known for many years as a blogging peer and friend, Real Skin Club focuses on skin and body positivity through small empowering artworks  It’s seamlessly keying into the strong current trends for diversity in beauty and acknowledging the truth that beauty is many things. It’s also part of a growing trend of built-for-communities retail where the products entirely relate to a particular community and are produced as a positive contribution.  This both fosters support within a community and encourages membership. Real Skin Club incorporates messaging into mirror stickers and cards (for now) to serve as daily reminders that you are enough. Contrast this to most of beauty world, where you are never enough, Real Skin Club is the quiet revolution we’ve been asking for. 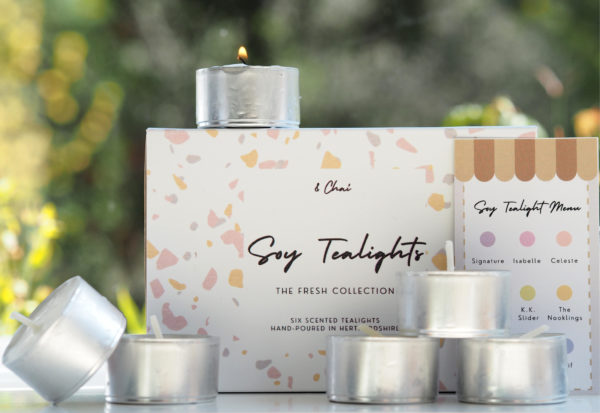 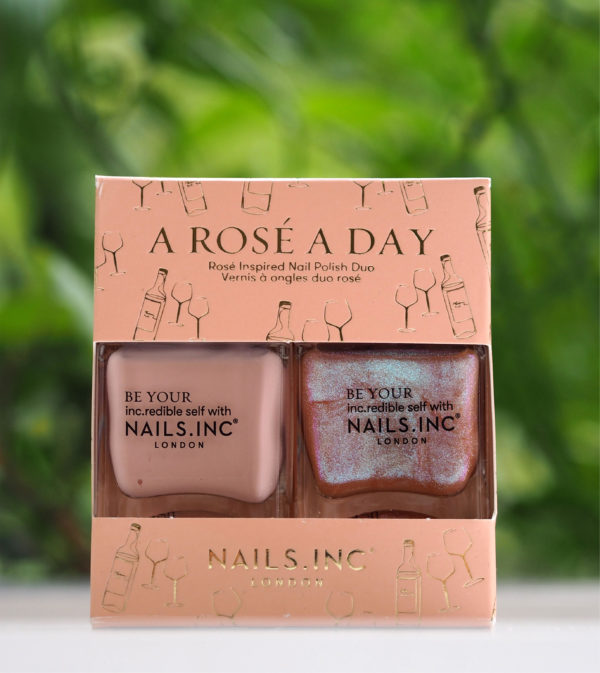 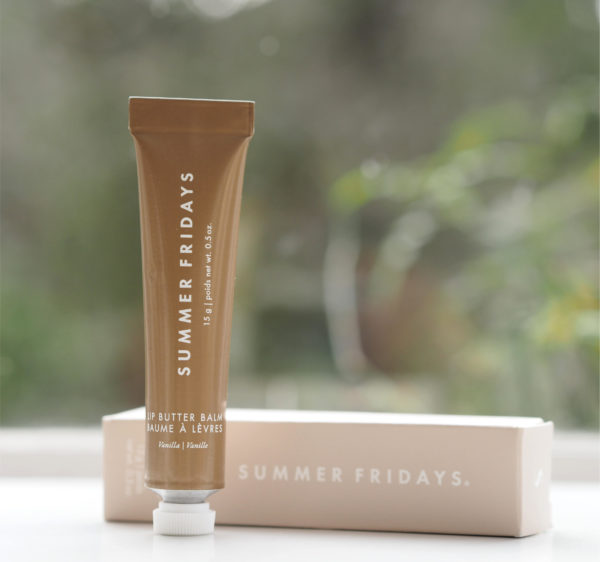